The Pronouns “They,” “Them,” and “Their” Are Sometimes Singular 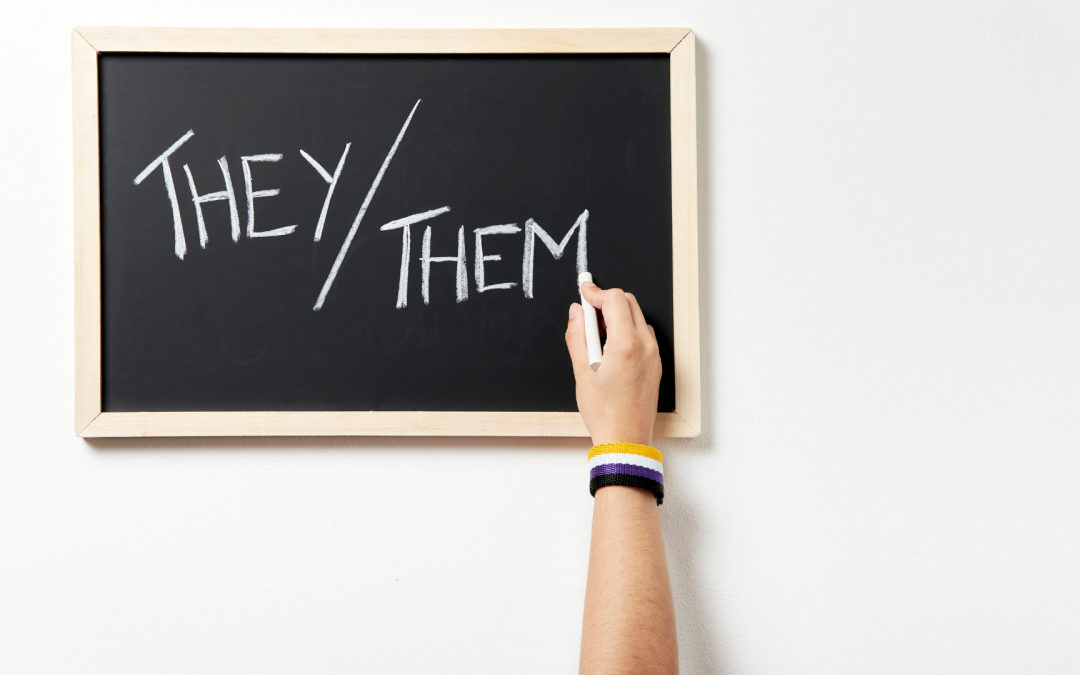 Editors at Merriam-Webster (M-W) caused quite a stir when they tweeted on September 17, 2019, that the nonbinary pronoun they had been added to the dictionary. Their tweet addresses a question I still hear frequently, even three years later: can they (or them or their) ever be singular?

The wording of the tweet itself was somewhat problematic: the pronoun they had always been nonbinary and had always been in the dictionary. But what was new (and, oddly, missing from the tweet) was the inclusion of a definition for they that sanctions its use as a singular pronoun in certain circumstances.

This pronouncement set a lot of people’s hair on fire (read, for example, the comments below the tweet) and garnered the attention of prominent media outlets, including NBC News, the Washington Post, and the New York Times. Today, it is rare to find a reputable usage guide that is not on board.

If you already understand that pronouns are supposed to agree with their antecedents, skip the following section and go on down to the next one, which focuses on the most recent aspect of the debate. But if you’re wondering what the fuss is all about, this next section is for you:

Pronouns Need to Agree with Their Antecedents

Some readers may be thinking that the use of they or their or them in reference to something singular sounds just fine. But many people (I’m looking at you, my fellow English teachers and grammar purists) would find the italicized plural pronouns in the following sentences problematic:

All of these sentences use a plural personal pronoun (namely, they and their) to refer to a singular antecedent (everyone, employee, someone, and anyone).

Until very recently, most English teachers insisted that pronouns referring to singular antecedents, including these indefinite pronouns, should also be singular.

The traditional way to correct the sentences above, then, would have been to replace the plural personal pronouns with their singular counterparts. For a long time, we replaced them solely with masculine pronouns and would have said “Everyone came to our office party and brought his favorite dessert.”

We eventually wised up to the notion that it is not OK to default to masculine pronouns when we intend to refer to a group that is not all male, and we began using compound constructions:

But Agreement Is Not the Only Issue

No one has ever really liked the wordy and sometimes awkward compounds “his or her” or “she or he” or the even more distasteful constructions “s/he” and “her/him.”

But the more significant issue is that all of these singular alternatives reinforce the gender binary; they assume that everyone identifies as either female or male. (Onlea.org has produced an excellent short video explanation that is helpful if you are unfamiliar with nonbinary gender identification.)

Unfortunately, in English we do not have a gender-neutral, singular, third-person pronoun. We use it in reference to inanimate objects, but we have no singular pronoun to use in reference to individual people when we don’t know their gender or when they themselves do not identify as either male or female.

As we have awakened to an understanding that gender identity is more fluid than the socially constructed male-female binary suggests, it has become increasingly more important to find a non-gendered alternative.

Through the years, linguists and others have attempted to introduce a new non-gendered singular pronoun into our language, such as ze, but those attempts failed.

If you need no further encouragement, skip down to the section on strategies. But if you still aren’t convinced, read the next two sections first.

Far more newsworthy than M-W‘s September 2019 tweet is the fact that several prominent style guides had already changed their prescriptions about the use of they.

While virtually all dictionaries are descriptive (they describe how people are actually using a language, while noting that some usage is considered “nonstandard” or “colloquial” or “slang,” etc.), style guides are prescriptive: each style guide tells us what we should do if we choose to adhere to that particular set of usage guidelines.

The widely used Chicago Manual of Style notes that the singular they is preferable to the generic he, even in formal writing, but encourages the writer to avoid it whenever possible (see suggestions below). Chicago (as well as other style guides) goes on to note that a writer should always honor a person’s preferred pronoun, and when an individual prefers they to he or she, any subsequent verb should be plural.

Change Is Hard, but History Helps

For those of us who have spent decades insisting that they is plural, adjusting to a singular they isn’t easy.

It helps to know that what we perceive as a change is, in fact, not new at all. Webster’s (as well as many other sources) notes that using they to refer to singular indefinite pronouns can be traced back for centuries. Strict insistence on its being plural is a relatively recent development.

Grammar purists don’t have to like the use of the singular they, but they cannot fairly point to this change as an example of English grammar “going to hell in a handbag” (as we like to say down South when something has changed for the worse).

It’s also helpful to remember that change is inevitable with all languages. Spend five minutes perusing the Oxford English Dictionary if you don’t believe that words change as needed to reflect an ever-changing and evolving world.

Strategies for Making Pronouns Agree without Reinforcing the Binary

Let’s look again at the four sentences above: one solution, of course, is simply to stick with the italicized plural pronouns. As we have noted, prominent dictionaries and style books are in your corner.

But since that option still sounds wrong to many people, the very best solution is perhaps to avoid the pronoun completely or to change the antecedent to a plural noun or pronoun:

How might each of these sentences be improved? Consider not only that pronouns should agree with their antecedents but also that we want to avoid reinforcing the gender binary.