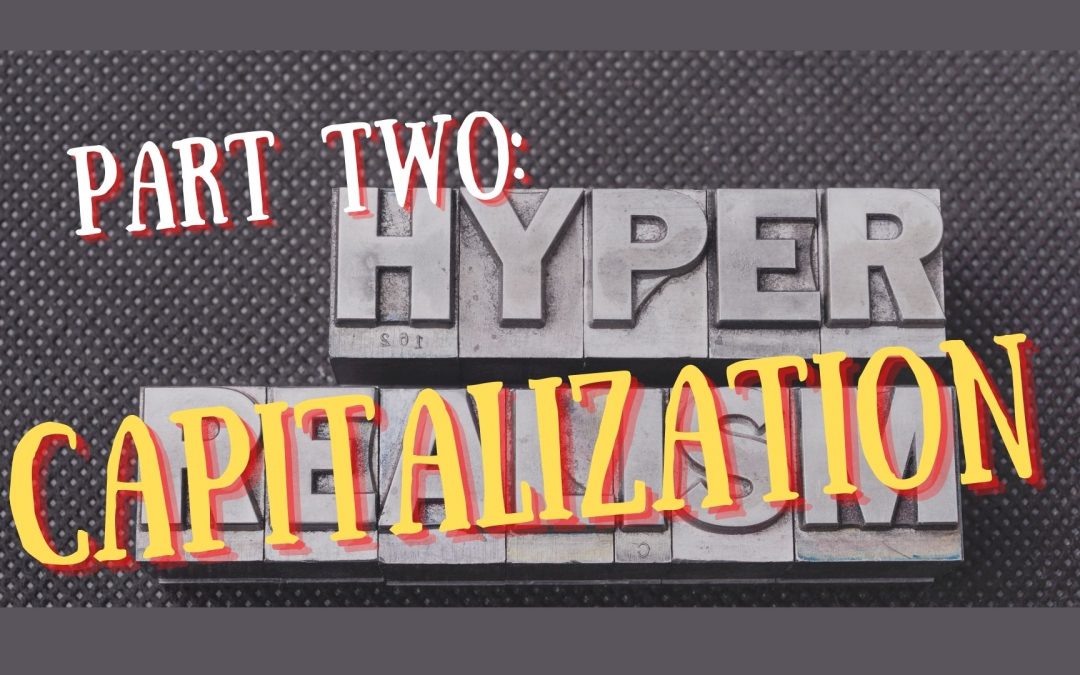 The rules for capitalizing words in sentences (as opposed to capitalizing words in headings or the titles of publications or a person’s job title or military rank) seem simple at first glance: we capitalize proper words, and we lowercase common ones. But because writers often have trouble distinguishing between proper and common usage, they tend to capitalize words and phrases that should, in fact, be lowercased.

Are the right words capitalized in the following sentences? (Answers and explanations are provided throughout the discussion that follows.)

In sentence 2 of the opening exercise, neither cedar nor dachshund should be capitalized. Even though nouns such as dachshund, soft-coated wheaten terrier, daffodil, jack-in-the-pulpit, tiger beetle, robin, scarlet tanager, magnolia, and cedar are the names of very specific kinds of dogs, flowers, insects, and so forth, they remain common nouns.

There are occasions, of course, when proper nouns become part of a generic reference, as in these examples: Irish setter, black-eyed Susan, Atlantic white cedar, Canada goose.

In general, a writer’s best resource on the issue of capitalizing nouns and adjectives is an up-to-date dictionary. Both Merriam-Webster’s Collegiate Dictionary and The American Heritage Dictionary, for example, formerly advised capitalizing Web when—as in sentence 3 of the opening exercise—the word is used as shorthand for the proper name World Wide Web. Today, however, web and website have become common nouns (as both dictionaries predicted) and thus should be lowercased.

In some instances, individual reference works appear inconsistent in what they deem a proper name for the purpose of capitalization, particularly with regard to adjectives. For example, one dictionary may prefer Roman numerals, Arabic numerals, and French dressing but advocate also for french fry, brussels sprouts, and venetian blinds.

Another dictionary or style guide may differ in these choices altogether, reminding us why it is important for businesses, agencies, and even individuals to choose a reputable reference work, consult it regularly, and use it consistently. (Professional organizations and businesses often have their own customized in-house style guides.)

Organizations, Groups, and Other Entities

To refer to “the town’s chamber of commerce,” as we do in sentence 4 of the opening exercise, is to use a generic label. On the other hand, to refer to “the Beckville Chamber of Commerce” is to call the organization by its individual and proper name.

We capitalize key words in the formal names of specific entities because they are proper nouns:

To grasp the distinction here, we need to consider whether we are referring to a specifically named person, place, or thing or using a generic description. Formal names such as those above are quite different from nonspecific labels, such as “the steering committee,” “the regional advisory committee,” “the consortium,” “the county school for the deaf,” “the assistive technology advisory board,” “the planning committee,” “the subcommittee,” the word school in “Sunday school,” and so on.

(See our article “Capitalizing Words in Titles of Publications” to learn more about why not all the words in the proper nouns in the bulleted list above are capitalized.)

In sentence 5 of the opening exercise, the first instance of the word university should be lowercased because it is being used as a common noun and in its generic sense. The second two instances of it in that sentence, however, are part of formal names and are, therefore, appropriately capitalized.

Both acronyms and initialisms are types of abbreviations. An acronym is formed from the first letters or the major parts of a compound term and pronounced as a single word; examples include CENTCOM (United States Central Command), DHEC (Department of Health and Environmental Control), HAZMAT (hazardous material), NATO (North Atlantic Treaty Organization), and NOAA (National Oceanic and Atmospheric Administration).

An initialism, by comparison, is formed from the initial letters of a compound term but pronounced as a series of individual letters—CDC (Centers for Disease Control), FBI (Federal Bureau of Investigation), OMB (Office of Management and Budget), and so on.

Many writers are under the false impression that every word represented by a letter in either an acronym or an initialism, when spelled out, should be capitalized simply because the abbreviation itself is rendered in capital letters.

Of course, the letters in some abbreviations certainly do stand for proper names: NBA would be rendered as “National Basketball Association,” GM as “General Motors,” MSC as “Montessori School of Columbia,” and so on. But many acronyms do not stand for proper nouns and should not be capitalized in their written-out forms.

ATM, for example, is automated teller machine, DVD is digital versatile disc, CD is certificate of deposit or compact disc, PI is private investigator, APB is all-points bulletin, UHF is ultrahigh frequency, and so on.

Likewise, in sentence 3 of the opening exercise, the phrase frequently asked questions as the written-out form of the acronym FAQ should not be capitalized.

Even some acronyms themselves are not capitalized: mph (miles per hour), rpm (revolutions per minute), and cc (cubic centimeter), for example. When in doubt, consult a reputable dictionary.

Creative Use of Capitalization

Readers of the Winnie-the-Pooh books will recall that A. A. Milne often capitalized generic terms. Pooh might, for example, be having a Very Bad Day. Or he might be described as a Bear of Very Little Brain.

When we find Milne “inappropriately” capitalizing words, he is being intentional and clever, reflecting a world in which children regard some situations as far more important and serious than adults do. Some years ago, the Los Angeles Times published a fascinating article on this topic.

But in professional writing, unnecessary capitalization is unhelpful and can impede clarity. Instead, writers who hypercapitalize exhibit what Milne might have called a Very Bad Understanding of the difference between generic words and proper ones.

Is the writer capitalizing words appropriately in these sentences?

Answers: Words that were erroneously capitalized above are in boldface below.