Either-Or, Neither-Nor, and Other Correlatives 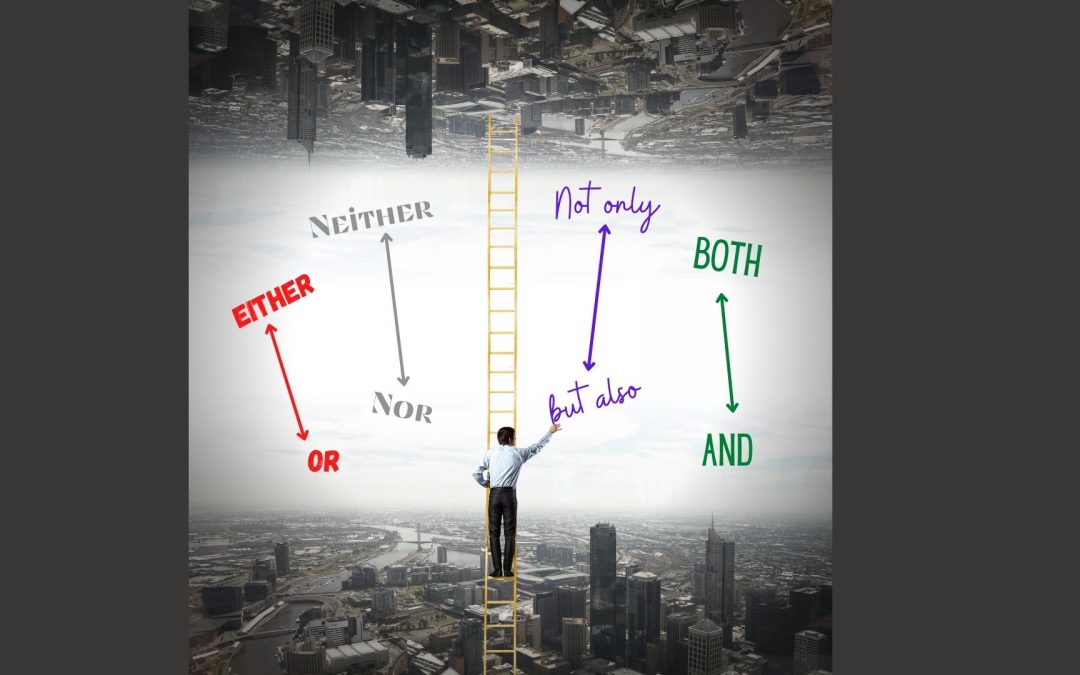 What Is a Correlative?

Here are the most common correlative conjunctions (for a complete list, go here):

How Can Correlatives Be Misused?

Sentences that use correlatives without parallel structure are awkward:

These unprecedented times affect not only those of us here in the United States but also are clearly having a global impact.

This writer has illogically correlated a group of people (“those of us here in the United States”) with an action (“are clearly having a global impact”). What the writer likely intended to compare were two groups of people:

These unprecedented times affect not only those of us here in the United States but also people around the world.

Or the writer may have meant to compare two actions:

These unprecedented times not only affect those of us here in the United States but also wreak havoc around the world.

Our failure to respond to the climate crisis means that many coastal cities must either face increasingly destructive flooding or they must relocate to higher ground.

What follows either is a verb phrase: face increasingly destructive flooding. But what follows or is an entire independent clause: they must relocate to higher ground. The sentence is, thus, not parallel. To make it parallel, we must determine which two things (two actions, two nouns, two adjectives, two adverbs, etc.) we are comparing. Here, the answer is two actions: face or relocate. The parallel version of this sentence using one of the correlatives, then, should look like this:

Our failure to respond to the climate crisis means that many coastal cities must either face increasingly destructive flooding or relocate to higher ground.

Identify and correct problems with parallel structure in the following sentences using correlatives:

Here both parts of the correlative conjunction are followed by a prepositional phrase.

OR: Early next year, the corporate office will move to either Tokyo or Paris.

In this version, the preposition is part of the introduction, and a noun—specifically, the name of a city—follows each part of the correlative conjunction.

In the original, the correlative conjunction connected the noun phrase the dismal weather forecast to a gerund phrase, paying for the expensive airfare. Although gerunds do function as nominals—that is, they can fill any slot a noun can fill—regular noun phrases differ significantly in form from gerund phrases, which always begin with an -ing form of a verb.

In the original, not only came before a verb, gave, and but also came before two noun phrases, new windows and landscaping.

OR: The manager reprimanded Fred for both being late and failing to complete the report on time.