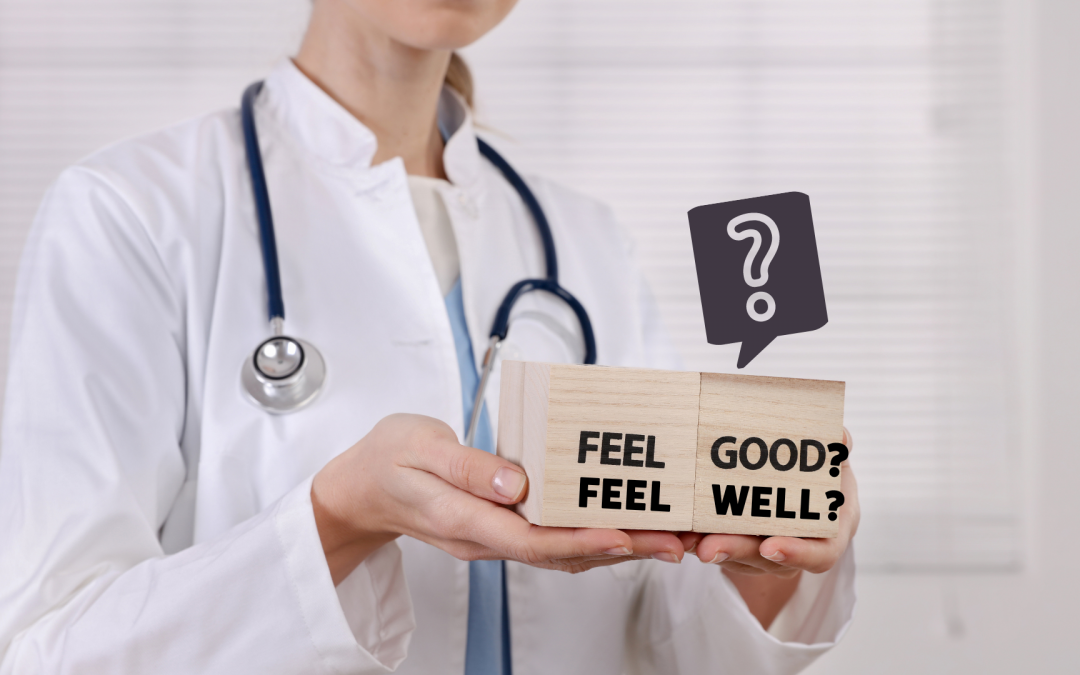 When we’re feeling healthy and happy, should we say we feel good or we feel well?  The short answer is that either is fine, but we need to take a deeper dive if we want to use good and well appropriately in other contexts, too.

Many of us were taught the partial truth that good is an adjective and well is an adverb, but both words also serve other functions. To further complicate matters, the verb to feel holds different meanings, in some cases requiring an adjective and in others, an adverb.

It’s true that good is used primarily as an adjective modifying a noun, as in the phrases “a good year,” “a good plan,” or “a good person.”

The adjectival good is also used with linking verbs—verbs that describe a state of mind or being rather than an action.

For example, in the expressions “the dog is good,” “the violin sounded good during the performance,” and “the dress looked good on her,” is, sounded, and looked are linking verbs that call for adjectives to describe the dog, violin, and dress—so good is appropriate in these sentences. (Grammarians call modifiers functioning in this way “subject complements” or “predicate adjectives.”)

Sometimes the word good is a noun, as when we refer to “the public good”—so good can be an adjective or a noun. The word well, however, is more complicated.

We think of well most commonly as an adverb that modifies an action verb: we say, for instance, “the violinist performed well,” “the house was cleaned well,” and “the story was written well.” And well, like good, also plays the noun role on occasion, as when “the neighbors’ cat fell down the well.”

But the plot thickens: well can also be an adjective, synonymous with healthy, as in “Nora had COVID-19 but now she is well.”

So much for the oversimplified formula that good is an adjective and well is an adverb!

Some of the confusion surrounding feeling good vs. feeling well arises from the fact that the verb to feel has two meanings.

First, it’s an action verb when it describes how we use our sense of touch, and we would appropriately use the adverb well to modify an action verb. A person with sensitive fingers (a pianist, say) could be described as feeling (think touching) well because in this context to feel is an action; something (a keyboard) is physically being felt.

But to feel is a linking verb in sentences such as “We feel good about our retirement investments” and “The sunshine feels good on my skin”; here, the verb is describing the subjects’ state of mind or being rather than an action.

The bottom line: “I am good,” “I feel good,” “I am well,” and “I feel well” are all grammatically correct responses to the question “How are you?” Since both to be and to feel are linking verbs in these sentences, they require adjectives to describe their subjects. And in this situation, both good and well (think healthy) are adjectives.

Keep in mind, though, that both good and well are weak, vague modifiers—generalized, overused words that lack precise connotations. As careful writers, we should choose instead words that make our sentences as clear and meaningful as possible.

TEST YOURSELF: Good or Well?

Other articles on this site deal with confusing words pairs, such as sit, set, and seat; lay vs. lie; and effect vs. affect.