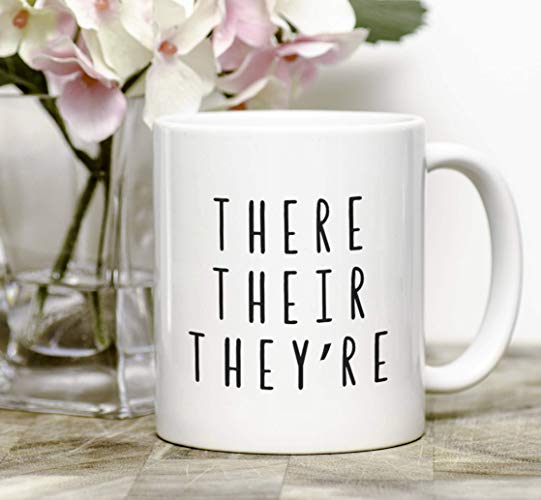 In the past we’ve discussed the confusion surrounding plurals and possessives (should we write “Happy holidays from the Smith’s” or “the Smiths”?). Making that distinction is arguably one of the trickier issues in English usage. Another is confusion about commonly used homophones: is it it’s or its, they’re or their, you’re or your, who’s or whose? In each pair, the words sound identical to each other but relay different meanings.

The first word in each pair is a contraction, shorthand for the expressions it is, they are, you are, and who is. The apostrophe in contractions, as we all know, is placed where letters have been omitted.

The second word in each pair is a possessive adjective.

The Roles of Apostrophes

We know we need apostrophes in contractions, but we also know that apostrophes are often used to indicate possession.

“Why is it,” the frustrated writer may be justifiably tempted to ask, “that possessive adjectives and pronouns don’t need apostrophes?” After all, when we make names possessive, we use an apostrophe: “Maddie’s glove,” “José’s car,” “Sean’s house,” for example.

It helps to remember that possessive adjectives and possessive pronouns (mine, ours, theirs, etc.) don’t need apostrophes because they are already possessive.

In our examples, we needed apostrophes with Maddie, José, and Sean to show possession because those proper nouns can also be used in other contexts; that is, sometimes those nouns aren’t possessive. When they are possessive, we need a way to signal that shift to the reader.

Possessive adjectives, in contrast, have no function other than to indicate possession, so apostrophes aren’t necessary.

Not all words that indicate possession tempt us to insert an apostrophe. Consider my, mine, our, her, your, and his, for example—no temptation there.

But the possessive adjectives that sound exactly like commonly used contractions give us the most trouble because our mind plays tricks on us:

And so we insert an apostrophe where none is needed.

When trying to decide whether to include an apostrophe in these situations, we need to ask if the two-word phrase that the contraction replaces—it is, they are, you are, or who is—would work instead. If so, then we are, in fact, dealing with a contraction (which includes an apostrophe). If not, then we need a possessive adjective (without an apostrophe).

We would never say, for example, “The shiny bauble has lost it is luster,” so we shouldn’t write “it’s luster.”

On the other hand, in the construction “You’re right,” we can logically replace you’re with “you are.”  The contraction is the right choice, and we should avoid writing “your right.”

Intellectually, most writers understand the difference between these common homophones, but when we are in a hurry, typing with our thumbs, or dashing off a quick comment on a social media post, it’s (it is—check!) easy to get confused.

Are the words in bold type appropriate in the following sentences?