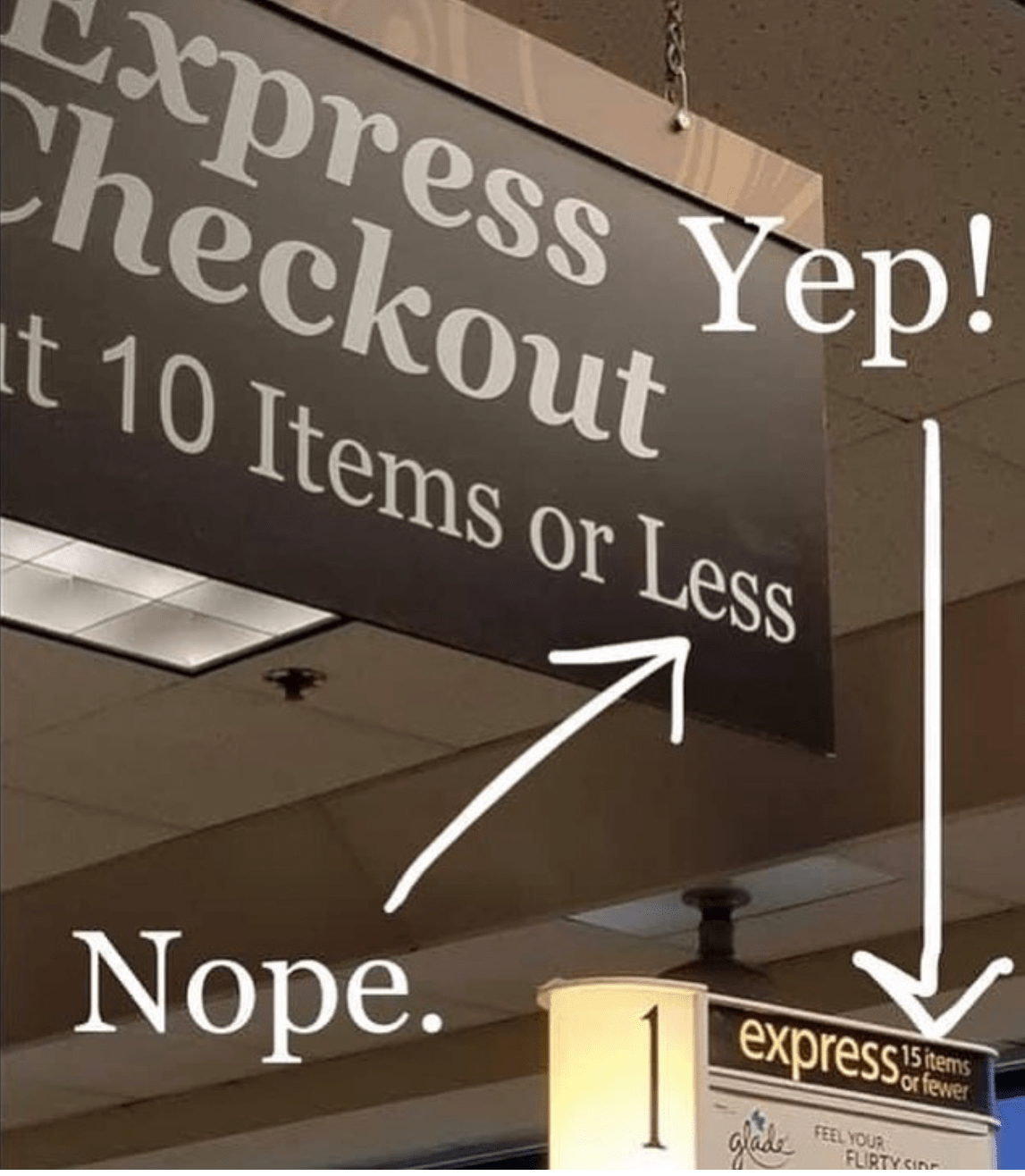 Other articles on this site address confusing word pairs, including effect and affect, sit and set, lay and lie, and bad and badly. Here we address the confusion that can arise when we have to decide whether to use less or fewer.

We need to look no farther than the express check-out lane at many grocery stores to see a common example of this usage confusion: should the sign welcome patrons with “ten items or fewer” or “ten items or less”?

Let’s use these sentences as examples for discussion:

Fewer Usually Describes Things That Can Be Counted

We should have used “fewer people” in the first example and “fewer pages” in the second because we can count people and pages.

In the third sentence, “fewer calories” is correct because calories can indeed be counted.

Less Usually Describes Anything That Cannot Be Counted

The use of less in the third and fourth sentences is correct because filling and water can be quantified in terms of amount but cannot be counted. We could count drops of water or bodies of water, but we cannot count water.

Advertisers often boast that food and beverage items have “less calories.”  Marketers should say instead that these products have “fewer calories” (though they might well add that as a result of having fewer calories, they often have less taste).

Webster’s points out that this distinction is relatively new; English speakers and writers have used less to describe countable items for a very long time.

And to make the issue even more complicated, some uses of less for countable nouns have become widely accepted, such as “an essay of 250 words or less.” (We could argue, though, that here we are talking about the length of the essay; although the expression may refer to “fewer words,” it could also mean “an essay of shorter [less] length.”)

As with many usage issues, we have to consider our audience: some people hold fast to the distinction between less and fewer, while others couldn’t care less. In professional writing situations, we should adhere to the style book chosen by our company, agency, or organization, and most style books encourage us to use fewer to mean not as many (in reference to a countable concept) and less to mean not as much (in reference to an amount).