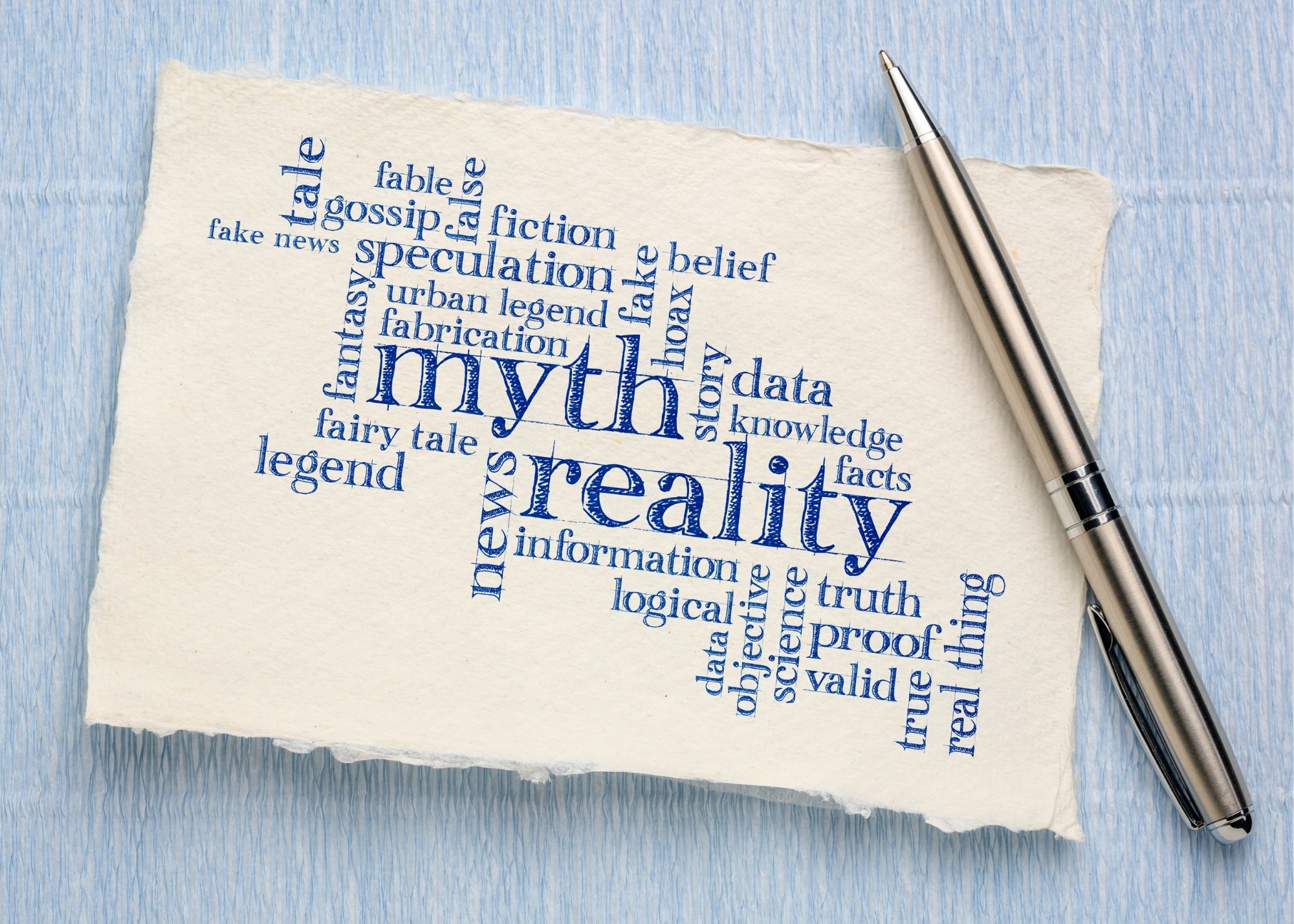 My first exposure to the phrase “myth rules” was the use of that expression in Edgar H. Schuster’s 2003 book (which I highly recommend), Breaking the Rules: Liberating Writers through Innovative Grammar Instruction. But long before I discovered Schuster’s list of rules-that-aren’t-really-rules, I had my own list, which has evolved over decades of teaching writing not only to college students but to professionals in the workplace as well. Some time ago, I created (and continue to modify) a list of the eight worst offenders:

Myth Rules: Eight So-Called Rules about Writing That People Learn When Young and Continue to Believe for the Rest of Their Lives

MYTH 1: Never start a sentence with because.

Fact: A sentence that starts with because is perfectly fine. However, the conjunction because is a subordinator; that is, it creates a dependent, or subordinate, clause—a clause that is logically and grammatically dependent on a main clause to complete its meaning.

In other words, a because clause cannot stand alone in formal, professional writing, where sentence fragments are frowned upon. (In informal and/or creative writing, fragments are used frequently.)

I have always suspected that this “rule” originated with grade-school teachers whose students treat because clauses as if they were sentences in short-answer exercises:

MYTH 2: Never start a sentence with and or but.

Fact: Professional writers do it all the time. Just be sure the introductory and or but is followed by a full clause—that is, a subject-and-verb combination—and not a phrase, or the result will be a sentence fragment. (See Myth 1 regarding the use of fragments in certain types of writing.) I address this topic in an article and in a video.

MYTH 3: All essays must have five paragraphs.

Fact: Almost all essays need an introductory paragraph; most essays will need a concluding paragraph. But the number of body paragraphs depends entirely upon the number of points the writer wishes to make and the complexity of each of those points. I explore this topic in greater detail here, and if you’re a visual learner, head straight to the video version.

MYTH 4: All paragraphs must have [insert number you were taught here] sentences.

Fact: A good paragraph is unified around a controlling idea (whether overtly stated or implied). The paragraph provides enough details, examples, and support to be convincing to the reader. In an essay (as opposed to, say, a business letter), that goal can rarely be accomplished in only a few sentences, but the number of sentences in a paragraph has, per se, virtually nothing to do with adequate paragraph development. The writer who counts sentences rather than developing and/or supporting the controlling idea often ends up merely restating that idea over and over in different words, adding no depth or substance to the paragraph whatsoever.

Like many of these “myth rules,” Myth 4 has arisen out of a beginning writer’s need for linguistic training wheels. Someone who is trying to encourage inexperienced writers to write longer paragraphs might insist that each paragraph contain eight (or ten or eleven or sixteen) sentences. Similarly, a teacher trying to explain how to organize one’s ideas might well use the five-paragraph essay as one model.

But at some point in their lives, writers must take off these training wheels. Good writing is not characterized by longer paragraphs but by stronger, better developed, and more convincing ones. And not all good writing can be poured into a five-paragraph mold; instead, one’s ideas must be organized into the number of paragraphs appropriate to the writer’s purpose.

Here’s a video I made to explain the problem with assuming a paragraph has to have a specified number of sentences.

MYTH 5: The topic sentence of a paragraph must come at the beginning.

MYTH 6: Singular nouns ending in s are made possessive by simply adding an apostrophe but not an additional s.

Fact: Only a very small number of style guides advocate this approach. One of the more prominent ones is the Associated Press Stylebook, which should be adhered to only in journalistic contexts (e.g., news outlets, magazines, press releases) because it advocates a number of usages considered taboo in other professional contexts—such as using a colon in the middle of a clause and omitting the serial comma.

The style guide for the Modern Language Association, the Chicago Manual of Style, the Publication Manual of the American Psychological Association, and a host of other prominent style books—including the ones that most students will have to use in college—say to add the additional s when a singular noun ends in an s but not when a plural noun does:

MYTH 7: Never end a sentence with a preposition.

Fact: A preposition at the end of a sentence is a problem only when it has no object in the same clause.

Consider these sentences, which, at first glance, might appear to end with prepositions:

In the first example, in is not acting as a preposition but as a particle—as part of the phrasal verb. The verb turned in means “retired” or “went to bed.”

In the second example, with is not a preposition but is part of the phrasal verb put up with, which means tolerate.

MYTH 8: Never use first-person pronouns (I, me, us, we, our, ours, my, mine) in professional writing.

Fact: Whether to use first-person pronouns depends entirely upon the audience and purpose of the piece of writing. Business letter and report writers who think that they must avoid first-person pronouns often end up writing awkward, vague sentences that are no fun to read (and that often use vague passive-voice verbs):

Certain kinds of writing—personal reflections, for example—are always written from the first-person point of view.

So there they are: eight myth rules that at best get in the way and at worst cause more harm than good.  But there are more! I’ll address others in upcoming articles, but in the meantime I hope you feel—as Ed Schuster would say—liberated from these rule wannabes.