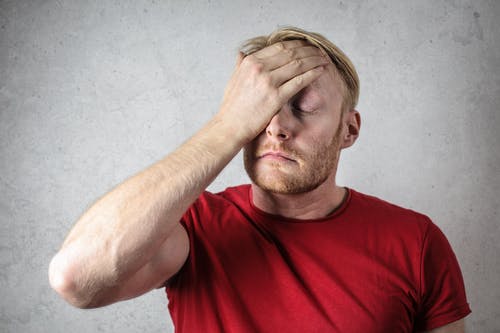 I could sum up my advice on this word in a single sentence: avoid using irregardless, especially in professional contexts.

Although you will often hear and read the word irregardless, it is considered substandard, largely because it is illogical: that is, regardless already means “without regard,” so when we add the negative prefix ir-, we create a double negative. In essence, we end up saying “not without regard,” which means “with regard,” the opposite of what we intend.

But the difference between these two words is the suffix –less, which makes regardless negative without adding a prefix.

The prefix in the English language that starts with the letter i and makes words negative is in-. It has three inflected forms: il-, im-, and ir-.

The Plot Thickens beyond Irregardless

Common in– prefixes in English also mean in, into, within, toward, on, or upon—a meaning quite the opposite of not, unfortunately complicating the issue of negative prefixes.

For example, the adjective inflammable does not mean “not flammable” or “not capable of flaming” but in fact means “capable of bursting INTO flames.”

The noun illegality means “something not legal,” whereas the noun illation means “the act of inferring” or (in its literal Latin meaning) “the act of bringing something IN.”

Likewise, we have the verb irradiate and the noun irradiance, which do not mean “not radiating” or “not shining” but rather “radiating from WITHIN” or “shining ON.”

Dictionaries for the Win!

These are only a few of the confusing issues surrounding the use of words in English. Perhaps there is only one reliable rule when it comes to word usage: bookmark or purchase a good dictionary, such as Merriam-Webster’s or The New American Heritage Dictionary, and use it often.

Dictionaries are descriptive; that is, they tell us how a word is used by the people who speak and write in a particular language. Dictionaries tell us what a word means to those who use it, and they also tell us whether a word is considered substandard, colloquial, slang, and so forth. Armed with that knowledge, we can decide whether it is appropriate to use a word in a particular context.

Often dictionaries include usage notes, such as this one in Webster’s in response to the question, “Is irregardless a word?”

Irregardless was popularized in dialectal American speech in the early 20th century. Its increasingly widespread spoken use called it to the attention of usage commentators as early as 1927. The most frequently repeated remark about it is that “there is no such word.” There is such a word, however. It is still used primarily in speech, although it can be found from time to time in edited prose. Its reputation has not risen over the years, and it is still a long way from general acceptance. Use regardless instead.

Style manuals, on the other hand, are prescriptive; they prescribe how we should use a language, specifically within the parameters of a specific discipline. We talk more about style manuals in our article on that topic elsewhere on this site.

Browse the archives to read dozens of other articles on this site. Subscribe to have an article sent to your inbox once a week.