Split Infinitives: Are They Really So Bad? 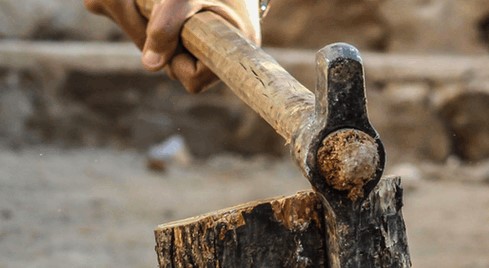 Most of us were taught never to split infinitives, but writers have been splitting them anyway—even long before Star Trek provided us with perhaps the most famous split infinitive, “to boldly go.”

Those of us taught to regard the split infinitive as anathema might well benefit from examining the origins of this rule and considering cases where we might, with good reason, be excused for ignoring it.

First, What Are Split Infinitives?

Dictionary definitions of the word infinitive will make many readers’ heads spin, so suffice it to say that the infinitive is the form of the verb that has to in front of it: to walk, to run, to play.

(Infinitives never function in sentences as verbs but rather as adverbs, adjectives, or nouns—but that issue is a topic for another discussion altogether.)

To split an infinitive is to put a word or words between the infinitive marker—the word to—and the root verb that follows it.

A common example is the Star Trek phrase “to boldly go.” Here, the infinitive to go is split by the adverb boldly.

What Are the Origins of the Never-Split-an-Infinitive Rule?

Though we don’t know for certain how this rule came about, the commonly held theory is that it evolved from an effort to make English grammar function the way Latin grammar does: in this classical language, an infinitive is a single word and therefore cannot be split.

In his Columbia Guide to Standard American English (1993), Kenneth Wilson notes, too, that the rule may have grown out of discussions about the “proper” placement of adverbs in a sentence.

Regardless of its origins, this “rule” has been the source of much dissension between those who value adherence to traditionally accepted principles at all costs (often called “prescriptivists”) and those who value clarity and readability above all else.

When Should We Avoid Split Infinitives?

Because an infinitive expresses a single idea, a unit of thought, we try to keep its two parts—the marker to and the root verb that follows it—together if we can. After all, our job as writers is to make our reader’s job as easy as possible, and keeping logical units of thought intact is helpful.

Most writers would agree that the first two of the following sentences are awkward—or at least not as readable and clear as the two sentences that follow (the infinitives are underlined):

In other cases, however, moving a modifier to a position outside of an infinitive results in a sentence that is either less clear or more awkward than it was when the infinitive was split.

Consider, for example, these sentences (both the infinitives and the adverbs are underlined):

What Do Other Experts Say?

Even the most influential style guides acknowledge the fact that avoiding split infinitives at all costs can sometimes lead to awkward constructions. One editor at the highly respected University of Chicago Press, publisher of The Chicago Manual of Style, refers to the split infinitive as a shibboleth. (Edgar H. Schuster includes a helpful discussion of language shibboleths in his book Breaking the Rules: Liberating Writers through Innovative Grammar Instruction.)

As Always, Consider Your Reader

As Ralph Waldo Emerson pointed out, “a foolish consistency is the hobgoblin of little minds” (“Self-Reliance,” 1841), with the key word here being foolish.

Avoiding split infinitives is not foolish when we are writing a high-stakes document—say, for example, a letter of application for a job—because the reader of that document may well be someone who immediately dismisses all infinitive splitters as careless rubes unworthy of being hired. (We all know such rigid people.)

But in almost any other case, it would be foolish to contort a sentence simply to avoid splitting an infinitive.

When Faced with Split Infinitives, What Do I Do?

I must confess that because so many people believe a writer should never split an infinitive, I am still loath to do so. Given the two examples above, where the versions containing split infinitives seem clearer than the ones that avoid the split, I would probably recast the sentences to avoid the infinitives entirely: