NOT ALL ARE and ALL ARE NOT Are Not the Same 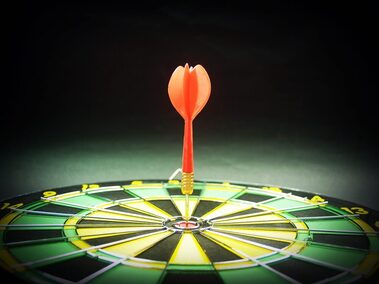 Precision in language is critical. If we misplace even a single word or phrase, we risk changing the meaning of our sentence significantly. Such is the case with the difference between the phrases “not all are” and “all are not.”

Often we hear the expressions “All that glitters is not gold” and “All who wander are not lost,” but those statements are not literally true: some things that glitter are, in fact, gold; some people who wander really are lost.

What we really mean is “not all that glitters is gold” and “not all who wander are lost.” (In a note below, read more about the origins of those quotations.*)

Anyone who has ever used Boolean logic to come up with the best Google search terms understands the importance of the placement of the word not. (Readers who are also students of logic, including computer programmers, are likely thinking of de Morgan’s laws, named for Indian-born British mathematician and logician Augustus de Morgan [1806-1871]).

If a writer (or, more often, a speaker) isn’t careful, that person might say, “All of John’s reports are not accurate.”

Now that person has said (in error!) that all of John’s reports are inaccurate.

Here is yet another example:

But “all of the employees have not received new identification cards” means that none of them have (a perfectly fine statement if it is accurate, of course).

A meme recently making the rounds on social media says, “Every coworker is not your friend.”

What the meme means to convey is that not every coworker is one’s friend.**

But what this particular meme actually says is that no coworkers are one’s friends.

It may be true that in some situations a person has no coworkers who are also friends, but it is misleading to assert that all coworkers are not friends.

Elsewhere on this site we talk about the careless placement of the modifier only. Another article deals with choosing between good and well as modifiers and as nouns.

Writers need to pay attention to all modifiers, placing them as closely as possible to the words they modify to avoid potential ambiguity or even misreading.

Two notes for fans of Tolkien, Shakespeare, Chaucer, and/or memes:

*In The Fellowship of the Ring, J.R.R. Tolkien actually wrote these lines as the first stanza of Bilbo Baggins’s “The Riddle of Strider“:

All that is gold does not glitter,
Not all those who wander are lost;
The old that is strong does not wither,
Deep roots are not reached by the frost.

Tolkien’s lines make more sense than the oft-quoted ones; it is true that real gold, in its natural and unpolished state, does not glitter or shine at all, while fool’s gold tends to be brighter and shinier. More abstractly, that which is truly valuable need not call attention to its own value.

In The Merchant of Venice, Shakespeare wrote, “All that glisters [glitters] is not gold,” a line thought to be derived from two expressions by Chaucer that are more precise and accurate than either Tolkien’s or Shakespeare’s: “But al thyng which that shyneth as the gold / Nis nat gold” and “Hyt is not al golde that glareth.”

Tolkien’s line about wanderers, however, is spot on: it is true that not everyone who wanders is lost; many wander because they value the journey and not merely the destination.

**As far as I can tell, the original meme says, “Your coworkers are not your friends.” My guess is that someone who does, in fact, have coworkers who are also friends attempted to modify the original meme and simply put the words every and not in the wrong places.