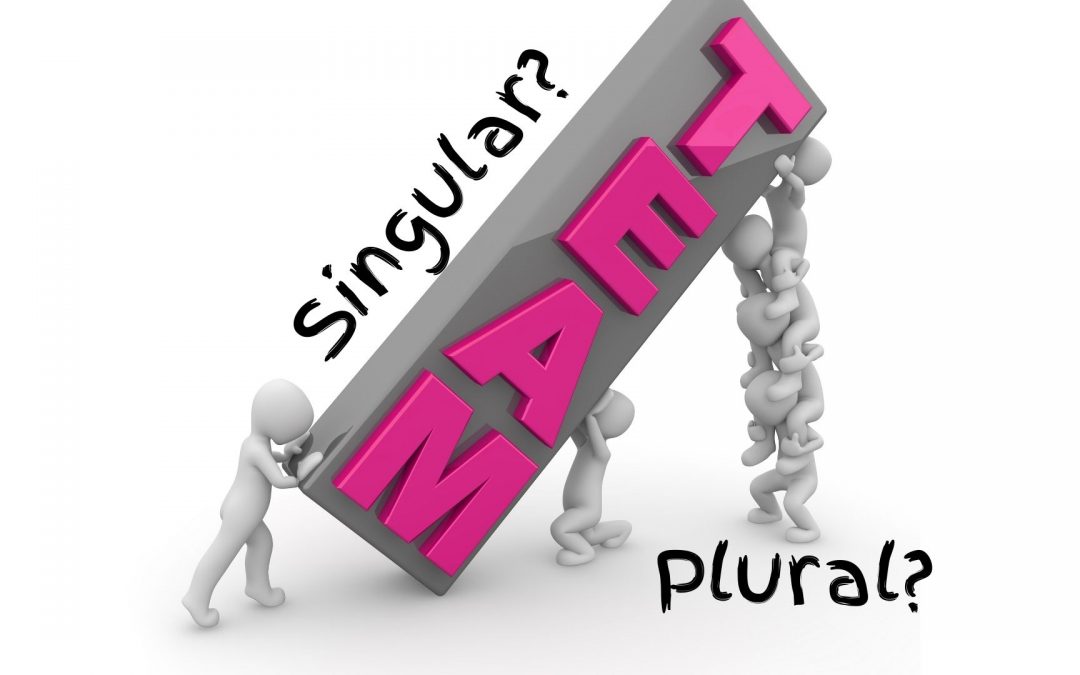 Collective nouns are words that refer to—you guessed it—a collection of individuals (people or animals) or things taken as a whole. Though these words appear singular, they represent a group; examples include team, jury, faculty, class, choir, family, and committee.

In the sentence “The committee plans to award an annual grant to recipients who demonstrate need,” the committee is acting in unison, as a single unit, so we treat the subject committee as a singular noun that takes the singular verb plans.

But what if the members of the committee are not acting in unison, as a single cohesive unit? Would you be comfortable writing, “The committee are unable to agree on the wording of a single proposal”?

The tricky thing about collective nouns is that they can be either singular or plural, depending on how the individuals in the sentence are behaving.

In cases where the members of a group are acting individually, treating the collective noun as singular would be illogical. Here are two examples:

Both Verbs and Pronouns Need to Agree with Collective Nouns

Notice in those sentences that when we needed a pronoun to refer to the collective noun, that pronoun was also either singular or plural depending on the context. Put another way, the collective noun and its pronoun should agree in number.

However, now that they, them, and their are widely accepted as nonbinary singular pronouns in reference to people, we may sometimes use them with singular collective nouns. We could correctly say, for example, “Each performer in the band was measured for their new uniform,” whereas in the past we would have had to say the more cumbersome (and exclusive) “for his or her new uniform.” Note that uniform must remain singular because it refers to each individual performer’s uniform. (Read more about the singular they elsewhere in this blog.)

In the two examples above (“choir were” and “team have”), the logical choice sounds wrong to many people—in particular, those who employ American English—even though it is correct. Often, then, Americans will add a plural noun after the collective noun to ensure not only that the sentence is grammatically correct but also that it sounds correct:

Those around the world who employ British English are far more comfortable using plural verbs with collective nouns and will happily—and correctly—say or write “choir were” and “team have.”

Which of the two options in parentheses is the more logical choice in the following sentences (despite how it might sound to American ears)?